Poorly designed databases are counterproductive to performance. Yet, many companies are unaware of the little errors that are causing big problems. These 10 database design best practices will help you significantly increase your company’s database performance, create more productive search queries and improve data quality.

Some of the largest RDBMS vendors have spent countless hours and untold amounts of money to create the most sophisticated and efficient SQL engines. Hints explicitly restrict the RDBMS from utilizing the most efficient access path to the data. If a hint is needed, it is most likely a database/query design flaw that needs to be addressed.

The benefits from using correct and proper datatypes for attributes within the database are two-fold:

When designing new relations, it’s important to consider the environment in which the relation will be deployed (i.e. OLTP, Operational Data Store, Data Warehouse, etc.).

The following items are key to designing new or modifying existing relations:

One of the biggest wastes of system resources (i.e. disk, CPU, memory, etc.) is accessing data that will never be utilized by a query. Unnecessary scanning of data is generally the result of one of the following items:

A temporary table is a great feature of most SQL implementations that allows for an intermediate data set to be repeatedly used by a query or stored procedure. However, there are several reasons to either limit or eliminate the use of temporary tables: Advances in RDBMS engines are now capable of providing this functionality automatically at run time.

There is a common misconception that when the TOP condition has been satisfied, query execution terminates. Unfortunately, this is simply not the case. An RDBMS engine requires a materialized intermediate result set before being able to evaluate the TOP condition.

There are many reasons for processing data in a specific order; however, it is imperative to limit the ORDER BY clause to queries where the business requirements call for the data to be in a specific order. An alternative might be to structure, via primary key and/or an Index, in a manner that results in the data in the order needed to satisfy the business requirements without utilizing a SORT operation.

Tip #10: Use ‘Cover’ Indexes Where Possible

The advantage of utilizing more than one index is to gain efficient access into data other than the primary key. However, most indexes are designed in a way that results in a secondary READ of the base table to obtain all data required for the query. A cover index, by design, will include attributes that may not be utilized as predicates, but rather to satisfy the data requirements of the query. 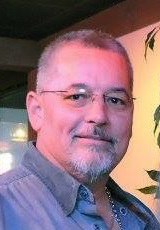 Greg HuntSolutions Architect
Greg Hunt is a technology professional with more than 30 years of industry experience in programming, systems management, data analytics, and query/database design and performance across a variety of platforms. After working for nearly a decade at HPE, Greg brought his extensive knowledge of architectural practices, data management and database platform experiences to Odyssey’s team in 2016 where he aides our clients with improving overall data utilization and database performance.
By Greg Hunt|2020-08-25T10:44:36-05:00August 25th, 2020|Blog|

Any cookies that may not be particularly necessary for the website to function and is used specifically to collect user personal data via analytics, ads, other embedded contents are termed as non-necessary cookies. It is mandatory to procure user consent prior to running these cookies on your website.